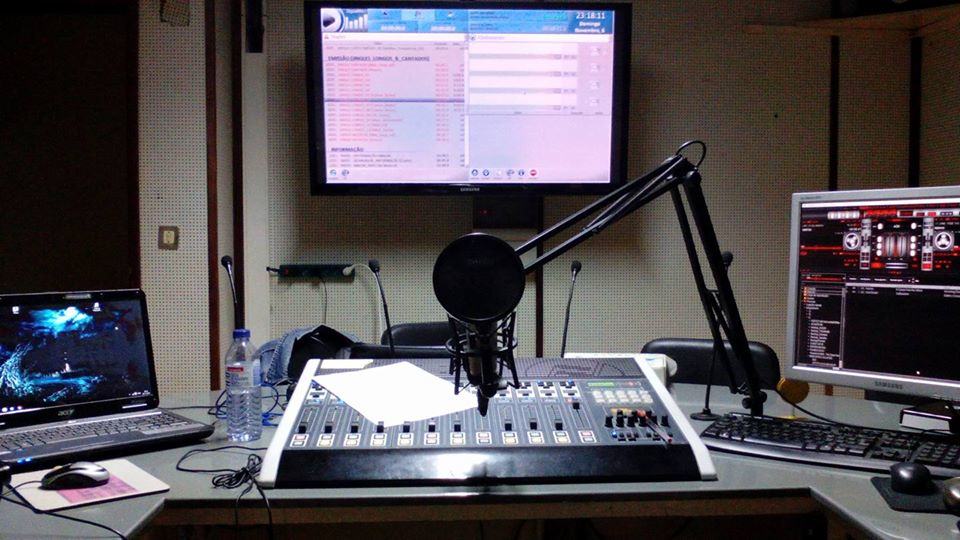 Promote all stiles of Heavy-Metal (from Hrad Rock till Grindcore) in the airwaves of the North of Portugal.

ECLIPSE METALICO RADIOSHOW
Is broadcasted in Marcoense 93.3 FM or marcoensefm.com every Sunday nights between 1O pm(22.00) till 01 am(01:00).
– ECLIPSE METALICO born in 1997 (August, 11th), with the proposal of promote the Heavy Metal in the airwaves of the North of Portugal. And is just what we have been doing since then. At this time we had only one hour of broadcast (Monday 0:00 till 1:00 A.M.)
Air playing all kinds of Metal (from traditional Metal to the most extreme Grind Core…). We airplay some mainstream, but we never forget of giving some special attention to the Underground and small labels. So we are always searching for new bands and labels to airplay.
Please get in touch…

1998, February: Eclipse Metalico get one more hour of broadcast. We keep broadcasting in Sunday to Monday Night, but now between 0:00 and 2:00 A.M.
2000, November: Eclipse Metalico time of broadcast was enlarged with the addiction of one more hour and day: Saturday to Sunday night: 1:00 – 2:00 A.M. and Sunday to Monday night: 0:00 – 2:00 A.M.
2005, November: We keep broadcasting the weeklie 3 hours of Metal but change the time of broadcast, now we are on the air at Sunday night starting at 10 PM and finishing at 01:00 AM
-Eclipse Metalico is broadcasted in Marcoense 93.3 FM (Marco de Canaveses city), that broadcast to almost all the North of Portugal and easily can be listened in such cities as: Porto, Braga, Vila Real, Guimarães, Espinho, Vila da Feira, Armamar, and so on…
Radio Marcoense, is one of the most important and most listened radio stations in the North of Portugal.
More than everything, Eclipse Metalico is a radio show made by one Metal fan, to the Metal fans.

Eclipse Metalico Radio show is a one man project

Manuel Joaquim is “working” in the Underground Metal scene since 1991, but for telling you the true, he get into Metal in 1983, at the age of 13.
-Between 91 and 94, he was the editor of the Portuguese fanzine WROTH, that became one of the most known in the Portuguese (and not only in Portugal) Metal scene.
-During this time, was releasing several Metal Radio Shows, such as: “METAL FORA D’HORAS”, “A FERRO E FOGO”, “BARREIRA DE SOM” and” UNDERGROUND RADIOACTIVO”.
-Between 94 and 97, he was manager of 2 Portuguese Metal bands (the most known of them was SHIVER) and even try his chance as singer in another one, SACRIFICE (a band playing a mix of Thrash / Death / Doom / Hardcore with symphonic keyboards, involved in a Death Metal voice).
-In August 1997, he started ECLIPSE METALICO radio show and keeps realizing it at the moment and will keep doing it in the future.
-In the area of the write press, he was a contributor in the Portuguese Metal magazine ANCIENT CEREMONIES.
– In the area of the online Radio, he his the responsible for the online radiostation RADIO METAL ON